Wayne Gorner is a professional pianist, teacher and composer based in the Northwest of England.

A former Director of music for St. Joseph’s Players (Leigh). Wayne studied piano under various teachers including Stephen Reynolds and Havilland Willshire from the Royal Northern College of Music. He later went on to study his music degree at Manchester University where he specialised in Piano Performance, History, Notation, Music Analysis, Editing and Composition.

He now maintains an established and busy teaching practice of over 20 years and regularly plays the piano for weddings and other special occasions. 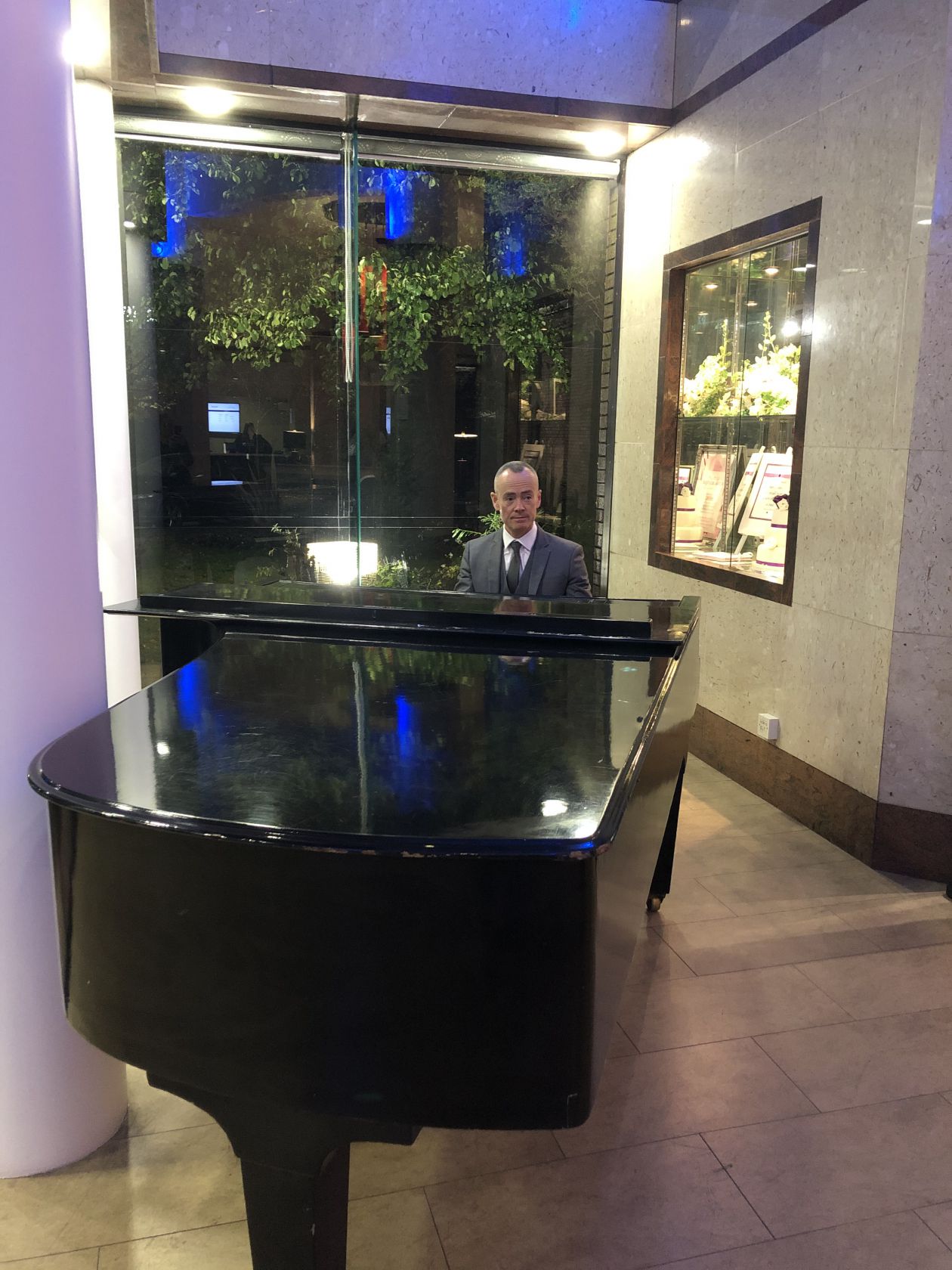 In April 2008 he acted as Musical Director for a Variety Show staged at the Theatre Royal, St. Helens, performed by local scout and girl guide organisations.

Wayne is a member of the ISM (Incorporated Society of Musicians) and has full public liability insurance.

Wayne also composes music for special occasions on request, and has also composed music for a film project called ‘Echoes’; filmed and directed by the crew at NagnagProductions, it took 4 years to complete, and it has just recently had its premier at Leigh CineView.

Educated at Cansfield High School, Wayne has a Bachelor of Music Degree with Honors from Manchester University.

Below is a selection of popular songs as played by Wayne. This is only a very small sample of Wayne’s full repertoire and of course specific requests are more than welcome.

“Hi Wayne, Can we just say a big thank you for playing at our wedding, your music was perfect and really helped to make our day even more perfect and special, lots of people said how lovely your playing was and we will definitely recommend you to friends and family. Thanks and Best Wishes”

“To Wayne, Thank you for being part of our wedding day on the 27th December 2018. Everybody loved the music and it gave our wedding a special extra touch. We had a perfect day”

“Thank you so much for providing the music at our wedding reception, and your generosity for playing through our meal. We hope you enjoyed the day.”

“We wanted to thank you for your fantastic performance at our wedding and for making our day extra special. The guests were very impressed with your talent and we were very lucky to have found you!”

“It’s great to find a piano teacher who is into the same music as me, can’t wait to start learning Viva la vida! See you next week.”

If you have any questions or would like to find out Wayne’s availability for your own Wedding or event please complete the form below.